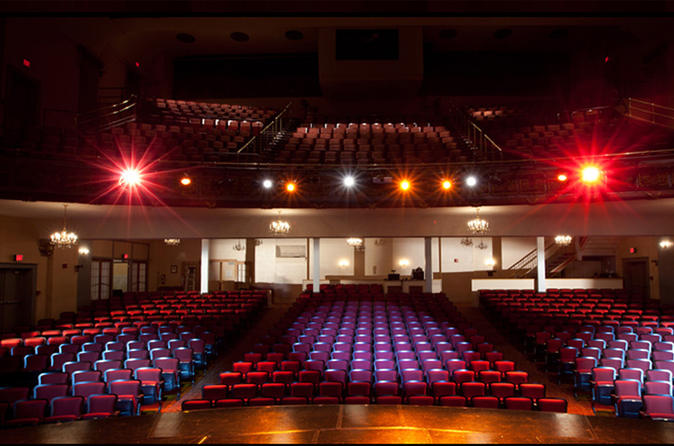 Join us for a relaxing day in Manchester, New Hampshire with Brunch at the Yard followed by a spectacular show at the Palace Theater.

Depart Boston at 8:30am, stop at the Yard for Sunday Brunch, an "all you can eat" extravaganza, before going to the Palace Theater for the show.

Show Schedule:
Rock of Ages - Feb. 4 2018
Sherrie takes the bus to Los Angeles, and meets Drew when her precious rock LPs are stolen. Drew works behind the bar at the famous Bourbon club, and Drew gets Sherrie a job there too. Drew and Sherrie are both singers; they become close, and Sherrie helps Drew to overcome his stage fright. The club is in dire financial straits and is relying on a gig by the by the enigmatic and unreliable rock god Stacie Jaxx and his band Arsenal to save them.

Grease - March 4 2018
A musical about teens in love in the 50's! It's California 1959 and greaser Danny Zuko and Australian Sandy Olsson are in love. They spend time at the beach, and when they go back to school, what neither of them knows is that they both now attend Rydell High. Danny's the leader of the T-Birds, a group of black leather jacket-wearing greasers while Sandy hangs with the Pink Ladies, a group of pink-wearing girls led by Rizzo. When they clash at Rydell's first pep rally, Danny isn't the same Danny from the beach.

Join us for a relaxing day in Manchester, New Hampshire with Brunch at the Yard followed by a spectacular show at the Palace Theater.